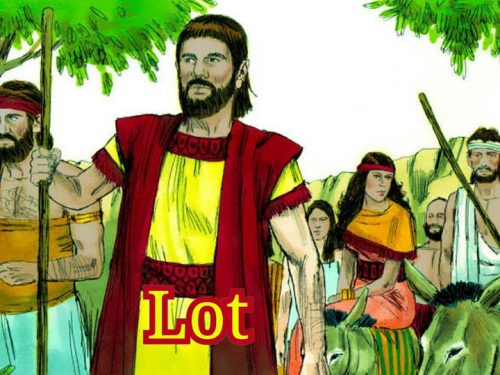 2 Important Lessons Learned From The Choice Lot Made Over Sodom and Gomorrah , Lot was Abraham’s nephew and was raised by him and without argument, he learned the way of the Lord from Abraham who was righteous and was also called a friend of God. While he was a righteous man who had learned the way of righteousness from Abraham (2Peter 2:7), he made a choice over Sodom and Gomorrah that led to the loss of almost everything he had except his two daughters, and there are some lessons that every Christian can learn from Lot’s choice which I want to discuss in this article, so I want you to read carefully as I present the two important lessons learned.

Here are two important lessons learned from the choice made over Sodom and Gomorrah.

1. We should always acknowledge God in all our ways.

In Genesis 13:5-12, due to the strife between the herdsmen of Lot and Abraham’s herdsmen, he was given the privilege by Abraham to choose the place he could move his men to, and he failed to acknowledge God. Proverbs 3:6 instructs that a child of God should acknowledge God in all his or her ways, and God will direct his or her path. If Lot had prayed and inquired of God about where he could go with his men and family to settle down, God would have directed him to a better place instead of Sodom and Gomorrah, because God is all-knowing, and he knows that the city will one day be destroyed because of the wickedness of the people who live in it.

2. We should never lean on our understanding.

In Genesis 13:10-11, Lot looked at Sodom and Gomorrah and all the plains of Jordan and saw that they were all watered and like the Garden of God, and he chose the place. This means that Lot chooses to follow the lust of his eyes and leans on his understanding instead. According to proverbs 3:5 & 7, we should not trust in the Lord with all our heart and not lean on our understanding, and also, we should not be wise in our own eyes, but rather fear the Lord and depart from evil.


Because Lot failed to acknowledge God, but he relied on his understanding by choosing the city of Sodom and Gomorrah. He lost almost everything he had because God destroyed the city, and even his wife became a pillar of salt. As Christians, it is important to always remember the two lessons learned from Lot’s choice so that we don’t follow in his footsteps.