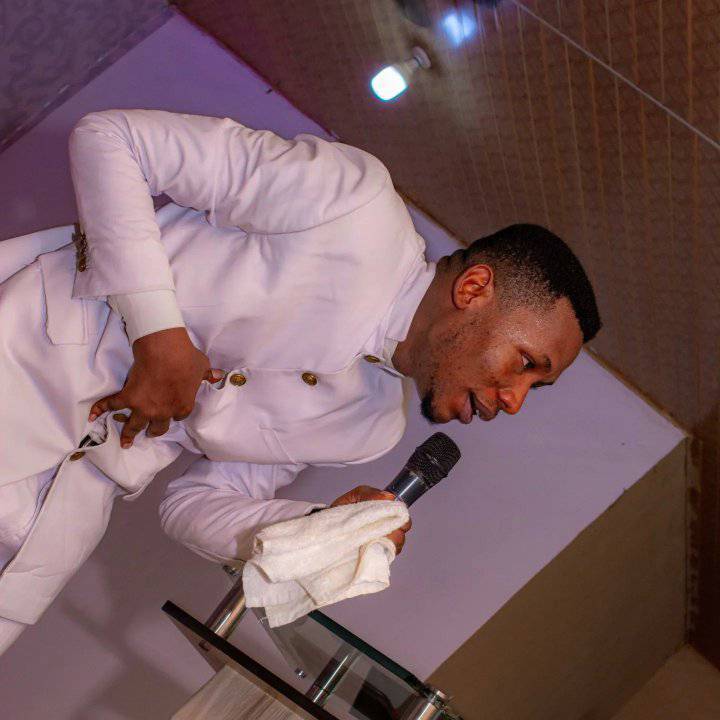 Biography of Apostle Edu Udechukwu – Wife , Family , Spiritual Father – Apostle Edu Udechukwu was born on June 26th in Nnewi, Anambra State, Nigeria. He was raised in a Christian home and is now the overseer and chief pastor of Revival Hub International, which has branches in Enugu and Anambra and its headquarters at 2nd Floor, Banex Plaza (White House), Nkwo Nnewi, Anambra State.

RevivalHub International is a network of Christians who want to see the kingdom of our Lord established via the powerful workings of the Holy Spirit in and through men. Every Tuesday, Wednesday, and Thursday between 5:00pm and 8:00pm, the ministry hosts her weekly sessions titled Birth Pangs.


Apostle Ede Udechukwu, a graduate in Food Science and Technology, is a protégé of the famed Apostle Arome Osayi. He attributes his progress in ministry and spiritual grace to God’s graciousness through the life of Apostle Arome Osayi, who mentored and fathered many spiritual sons, including Apostle Mike Orokpo.

Great men are not made in a day. The generals who had an influence via the sound of time began in a period known as the days of tiny beginning. The Holy Scriptures taught us not to belittle the days of tiny beginning. In ministry, what you seed in the early days has a significant influence on the fruit you will reap later. Sow the correct seed to become what you want to be tomorrow.

These facts provided in the beginning are about the wonderful Apostle whom God has exalted. Apostle Edu Udechukwu has been called to make an impact and to alter lives. Everything on the planet has a genesis. Apostle Edu Udechukwu did not appear out of nowhere and begin displaying God; rather, it began somewhere, as this biography depicts.

On June 26th, Apostle Edu Udechukwu was born. He is from the hamlet of Nnewi in Anambra State, Nigeria. He comes from a religious household. Education is an important part of one’s life narrative. Apostle Ed Udechukwu began his academic career in food and scientific technology at a Nigerian university.

When any facet of man’s existence is read, it becomes amusing. For example, Pastor W.F Kumuyi was a professor who transitioned from the lecture hall to the pulpit ministry. Apostle Arome Osayi aspired to be a lecturer, but God transformed his passion into making bread for nations. Today, he is regarded as one of the Apostles to many nations, establishing biblical doctrine. After studying chemical engineering, Apostle Joshua Selman discovered God, and his educational career was redirected to kingdom work. What am I getting at?

Apostle Edu Udechukwu desired a profession in food and science, and he most likely desired to work in a large industry, but look at him today, working in the largest industry ever. A food scientist became an Apostle, baking bread of God’s message and praying for the world.

RevivalHub International is a network of believers in Christ Jesus who wish to establish our Lord’s kingdom via the powerful workings of the Holy Spirit in and through mankind. Through his ministry, Apostle Edu Udechukwu has dedicated himself to seeing that this goal is realized.

The ministry is expanding rapidly, with branches in various Nigerian states and prayer tents on college campuses. Apostle Edu Udechukwu enjoys prayer and is training youngsters via a variety of prayer and mentorship initiatives. One thing is certain at RevivalHub international: prayer. The ministry has a number of prayer activities.

The weekly scope of RevivalHub International ministry activities is growing as the young are indoctrinated to the ministry of the word and prayer. For example, they commonly organize weekly prayer gatherings called birth pains on Tuesdays, Wednesdays, and Thursdays. God is with him, and he is working for the kingdom. He is also an itinerant speaker in conferences and on college campuses, bringing the fire of revival to youngsters and universities across the country.