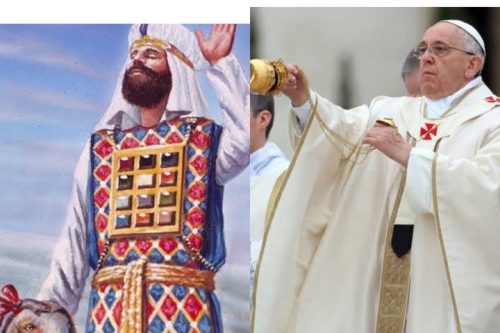 
By now everyone knows the Catholic priest don’t get married because of the doctrines already made by the Catholic church which every priest must obey, the priest practice what is called Calibracy. This is a situation where you have to abstain from human pleasure for the rest of your life, and it is mostly practiced by religious men and women

So talking about the main reason,

Firstly, the priest in the old testament get married because their position is passed from one person to another (i.e when Aaron died his son continued from where he stopped). If you should read the old testament thoroughly, you would notice that the family/generation of Aaron was the only people selected as priests.

So the priest in the old testament has to get married so they can give birth to children (sons) who will take over their position when they die.

The founder of the Catholic church is Jesus while Peter was the head of the church, unlike the old testament, anyone from any place, tribe or nationality can be chosen as a priest, the priest does not necessarily have to give birth in order for his children to take over his position.

Thanks for reading, hope you learnt something today.