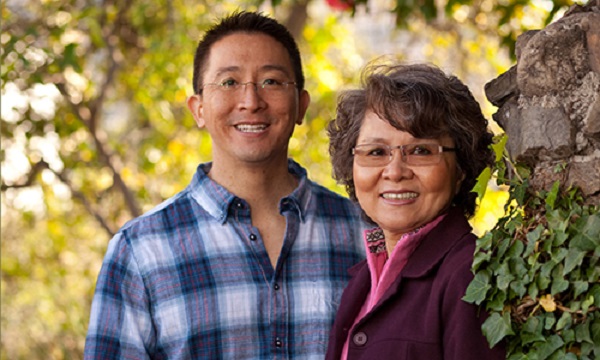 Who Is Christopher Yuan ? – Same-Sex Desires Are Sinful As The Act, Ex-Gay Professor Warns – Christopher Yuan, a Moody Bible Institute professor and author who used to identify as homosexual, warned that same-sex attraction is wicked even when it is not acted upon.

Yuan rejected the concept that merely acting on same-sex attraction is a sin in a recent episode of Jason Jimenez’s “Challenging Conversations” podcast, claiming that “all same-sex impulses are sexual and romantic desires are immoral.”

Yuan reminded listeners that the belief that homosexuality is just a wicked conduct “denies what Jesus says in the Sermon on the Mount [in Matthew 5:27-29] where He says: ‘If a man stares lustfully after a woman, he’s committed adultery.'”

The professor added that while he used to feel that “simply the behavior constitutes sin,” he has subsequently come to the opposite conclusion after reading and studying the Bible extensively.

“I used to believe that a desire transforms into lust, therefore as long as you don’t lust, you’re fine.” But then I recognized that improperly ordered desire is lust. “It is sin,” Yuan declared. “It’s not only sexual, but also romantic.” So, when people confine sin to only sexual acts, they aren’t talking about their heart’s desires.”
In the podcast, Yuan went on to say that it’s “unfortunate” that many people assume that simply acting on same-sex attraction is a sin. Yuan said that “biblical sexuality is black and white,” and that it’s plainly laid out in the Bible, citing Song of Solomon 8:4: “Don’t awaken love until it’s time.”

He noticed that the writer of the verse had both bodily and sexual romantic desires. The text cautioned against awakening bodily and sexual desires before the appropriate time had passed. Similarly, Yuan reasoned, people must be cautious about their thoughts and aspirations for someone who is not their husband.