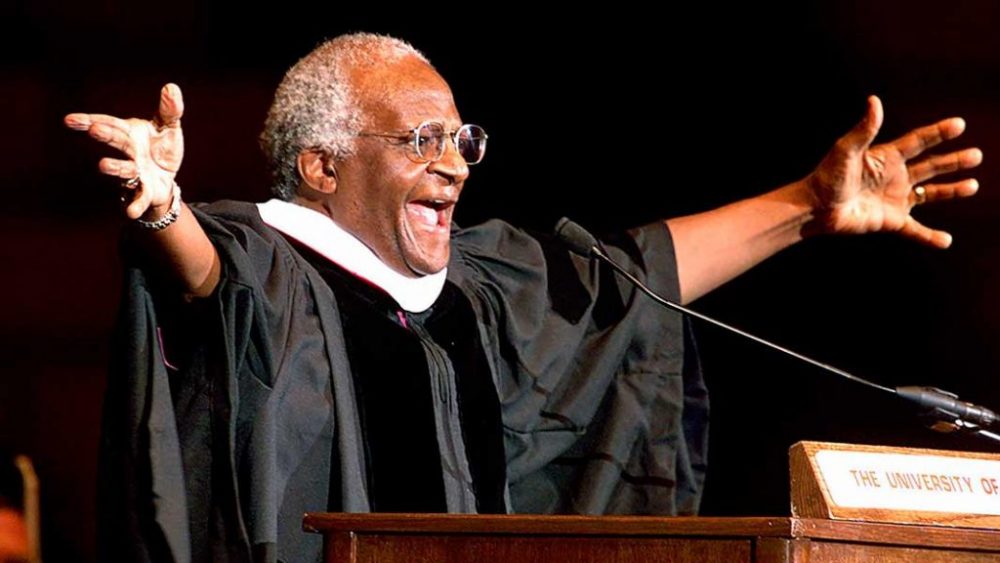 Biography Of Archbishop Desmond Tutu , Net Worth , Prayer Request – Desmond Mpilo Tutu was born on October 7, 1931 in Klerksdorp, northwest South Africa, and passed away on December 26, 2021 in Cape Town. He was a South African Anglican preacher who got the Nobel Peace Prize in 1984 for his work in the South African anti-apartheid movement. Allen Dorothea Mavoertsek Mathlare was born in Boksburg to a Motswana family. Zachariah Zelilo Tutu, his father, came from the amaFengu branch of Xhosa and grew up in Gcuwa, Eastern Cape. Tutu had an elder sister, Sylvia Funeka, who nicknamed him “Mpilo” (“life”) after his paternal grandmother. He was his parents’ second son; their firstborn, Sipho, had died when he was a baby. Gloria Lindiwe, his daughter, was born after him. Tutu was unwell from infancy, and polio caused his right hand to atrophy. Tutu was baptized into the Methodist Church in June 1932, after his family became Methodists. They then switched denominations, first to the African Methodist Episcopal Church, then to the Anglican Church.

Tutu was born in South Africa to Xhosa and Tswana parents and schooled in mission schools where his father taught. Although he was admitted to the University of the Witwatersrand to study medicine, his parents could not afford the tuition fees, so he became a schoolteacher in 1955. He began pursuing Nomalizo Leah Shenxane, a friend of his sister Gloria who was preparing to become a primary school teacher. They were legally married at the Krugersdorp Native Commissioner’s Court in June 1955, followed by a Roman Catholic wedding ceremony at the Church of Mary Queen of Apostles; despite being an Anglican, Tutu agreed to the ceremony because of Leah’s Roman Catholic faith; their first child, Trevor, was born in April 1956. Thandeka, the daughter, arrived 16 months later.

In 1957, he resigned from his position. In 1961, he was ordained as an Anglican priest after attending St. Peter’s Theological College in Johannesburg. He came to London in 1962 and earned an M.A. from King’s College London in 1966. He worked as an assistant director for the World Council of Churches from 1972 until 1975. In 1975, he was chosen as the first Black South African dean of St. Mary’s Cathedral in Johannesburg. Tutu was the bishop of Lesotho from 1976 until 1978.

Tutu obtained a position as general secretary of the South African Council of Churches in 1978, becoming a strong advocate for the rights of Black South Africans. During the 1980s, he was unsurpassed in calling national and international attention to apartheid’s atrocities. He supported nonviolent protest methods and urged countries dealing with South Africa to apply economic pressure. Tutu’s receipt of the Nobel Peace Prize in 1984 sent a strong message to South African President P.W. Botha’s regime. Tutu was installed as Johannesburg’s first Black Anglican bishop in 1985, at the height of South Africa’s township rebellions. In 1987, he gave the keynote speech at the All Africa Conference of Churches (AACC) in Lomé, Togo, calling on churches to champion the oppressed throughout Africa; he stated that “it pains us to have to admit that there is less freedom and personal liberty in most of Africa now than there was during the much-maligned colonial days.” There, he was voted president of the AACC, while José Belo was chosen general-secretary; for the following decade, they worked closely together, and in 1986, he was elected the first Black archbishop of Cape Town, becoming the primate of South Africa’s 1.6 million-member Anglican church. Tutu was appointed chancellor of the University of the Western Cape in Bellville, South Africa, in 1988.

Tutu popularized the concept of South Africa as “the Rainbow Nation” throughout the early 1990s, and he continued to remark on events with varied degrees of trenchancy and humour. Tutu was appointed head of the Truth and Reconciliation Commission by South African President Nelson Mandela in 1995, which investigated claims of human rights violations during the apartheid era.

Tutu stepped down from the throne in 1996 to become archbishop emeritus. In June 1996, major figures such as Mandela and de Klerk attended a goodbye service at St George’s Cathedral. There, Mandela bestowed the Order for Meritorious Service on Tutu, South Africa’s highest honor. Ndungane succeeded Tutu as Archbishop. Tutu was diagnosed with prostate cancer in January 1997 and traveled abroad for treatment. He made his diagnosis public in the hopes of encouraging more guys to have prostate examinations. In 1999 and 2006, he experienced recurrences of the condition.

In July 2010, he announced his plan to leave public life in October, however he stated that he will continue his work with the Elders, a group of worldwide leaders he cofounded in 2007 to promote conflict resolution and issue solutions across the world. He began his retirement on October 7, 2010, his 79th birthday.


Tutu remained interested with social causes. He came out in favour of legalized assisted suicide in July 2014, subsequently indicating that he would want that choice available to him personally. Tutu’s daughter, Mpho Tutu, married a lady in the Netherlands in December 2015. Despite Anglican opposition to same-sex marriage, Tutu attended and blessed the event.

Tutu wrote or cowrote a number of books, including The Divine Intention (1982), a collection of his lectures; Hope and Suffering (1983), a collection of his sermons; No Future Without Forgiveness (1999), a memoir from his time as the head of the Truth and Reconciliation Commission; God Has a Dream: A Vision of Hope for Our Time (2004), a collection of personal reflections; and Made for Goodness: And Why This Makes All the Difference (2010), reflections on Tutu earned other honors in addition to the Nobel Prize, including the US Presidential Medal of Freedom (2009), an award from the Mo Ibrahim Foundation that acknowledged his lifelong dedication to “speaking truth to power” (2012), and the Templeton Prize (2013).

In a sympathy statement, Queen Elizabeth II praised Tutu as “a man who tirelessly championed human rights in South Africa and across the world,” and said his loss will be felt by people across the Commonwealth, where “he was held in such great respect and esteem.”

Former US President Barack Obama issued a statement in which he described himself as a “global spirit” who was “based in the battle for emancipation and justice in his own nation, but equally concerned with injustice worldwide.” Tutu’s legacy, according to President Joe Biden, would “reverberate throughout the centuries.” Former Presidents Jimmy Carter and Bill Clinton also issued remarks in response to his passing.

In his eulogy, Archbishop of Canterbury Justin Welby said, “When you were in parts of the world where there was little Anglican presence and people weren’t sure what the Anglican church was, it was enough to say “It’s the Church that Desmond Tutu belongs to” – a testament to his international reputation and respect.

On December 27, 2021, it was reported that Tutu will be laid to rest in St. George’s Cathedral in Cape Town on January 1, 2022. Because to the COVID-19 epidemic, the number of participants will be limited to 100. The cathedral’s bells will sound for 10 minutes each day at noon in the days leading up to the funeral.