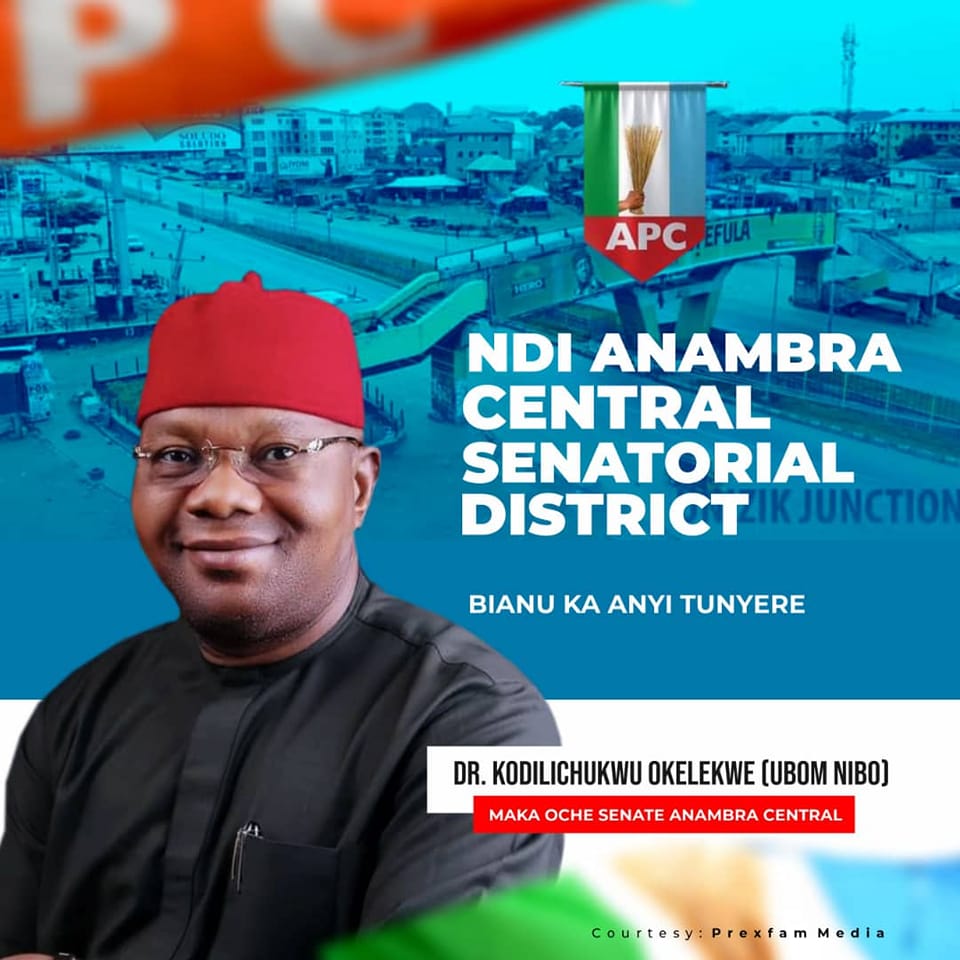 Biography Of Dr Okelekwe Kodilichukwu (Ubom Nibo) – “I am very happy when I saw Ubom Nibo coming out for Senate Anambra Central. It was indeed a prayer answered for us because we have being hoping and looking for a reputable and responsible Leader…I said Leader, not a Politician oo; who will represent us at the Senate very well. Because if you ask me, I don’t know what all the Senators who claimed to have been representing us at the Senate is actually doing. As an Indigene, I cannot even place my hand or say that, this is what they have done since they have been going there.

So I believe that Ubom Nibo will change the narrative when he gets there with the philanthropic works he is doing all these years without being a Senator, he will surely do more when he is elected. As a widow, I am a beneficiary of his philanthropy. He gave my Son scholarship out of his magnanimity. How many of this Senators have done that? So I strongly strongly Strongly believe in his Candidacy, I don’t know about you,For me, I’m voting Ubom Nibo.”
Says a Classroom Teacher and Widow, Mrs Magdalene Uchendu, Umubeelle Village Awka like many other testimonies.


Over the years, the good people of Awka North, Awka South, Njikoka, Anaocha, Idemili North, Idemili South and Dunukofia Local Government Areas which made up of the Anambra Central Senatorial District, has been clamouring for Social and Democratic change to enjoy their dividends of democracy from the Nigerian Senate. And from every indications and testimonies of the people; the leader has Come to serve; in the person of Dr Okelekwe Kodilichukwu (Ubom Nibo), APC Candidate for Anambra Central Senatorial District.
Just like Mrs Uchendu, do want to enjoy the dividends of democracy?

Are you ready to have a Leader and not a Politician at the Anambra Central? Then, Bianu Ka Anyi Tunyere Dr Okelekwe Kodilichukwu (Ubom Nibo).