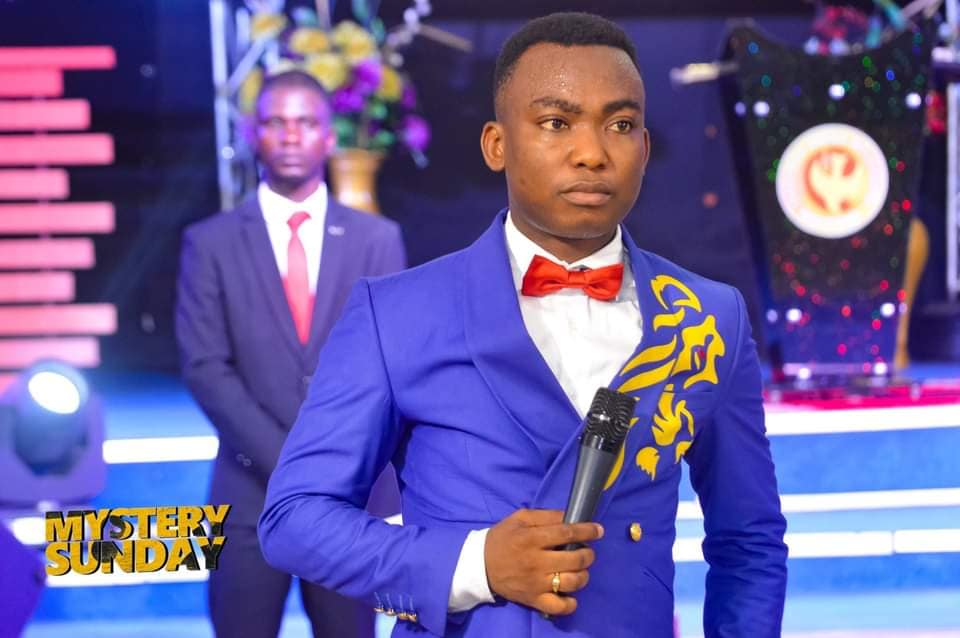 Biography Of EVANG GOSPEL AGOCHUKWU – Age , Wife , Net Worth –  Evang. Gospel Agochukwu has been preaching since the age of six. He was born in a scriptural union crusade ground where the preacher called him “Gospel,” and since then, his ultimate objective has been to spread the gospel all across the world.

Evang. Gospel has been in pastoral ministry since 2009, when he was the resident pastor of St. Charles Methodist Church in Irete, West Imo state. God gave him the vision to convey the gospel to all nations, and this vision gave birth to Shekina Arena Ministry and many other outreaches in locations such as the United Kingdom, Europe, North America, Asia, Africa, and many other places across the world.

WIFE
He is married to Mummy Faith Chidera-Gospel Agochukwu from Enugu state, and the couple has four children: Stephanie, Resurrection, Impact, and Exploit (twins).

He completed a degree course in education, English, and literary studies at the Alvan campus of the University of Nigeria Nsukka, following which he pursued post-graduate studies in theology, for which he was awarded a doctorate of divinity.

Evang. Gospel is a motivational speaker, itinerant preacher, and good communicator noted for his practical and dramatic teachings that have helped many people use scriptural truth in their daily lives.

He has preached the gospel in several parts of the world. He is a music minister and an author who began writing as a youngster. His first book was published in November 2004 and he has continued to write novels to this day.

His life and spiritual legacy continue to bring many people into a closer relationship with God. He has had a significant influence because of his unwavering and compassionate attempts to physically and spiritually help many people while seeking God.

This commission is a well-known multi-ethnic Christian ministry that arose from a vision God gave Evang. Gospel Agochukwu in October 2015. His Eminence Dr S.C.K. Uche laid the foundation stone for Shekina Arena Ministry in January 2015.

The ministry’s permanent address is No. 10 Akani Street, near Mbuogba Market, off NTAroad in Rumuokuta, Port Harcourt. It has a capacity of over three thousand people and is utilized for church services, reformation training, amusement, and social programming.

The founder’s goal in building this interdenominational Christian center is to win more souls to God’s kingdom and to provide a welcoming environment where everyone may come and worship God with sincerity in the beauty of his presence.

The ministry has expanded to over 2,000 adult members. Known for their annual conference conducted every year to commemorate their anniversary. In Eleme and Omoku, the commission has three daughter churches.