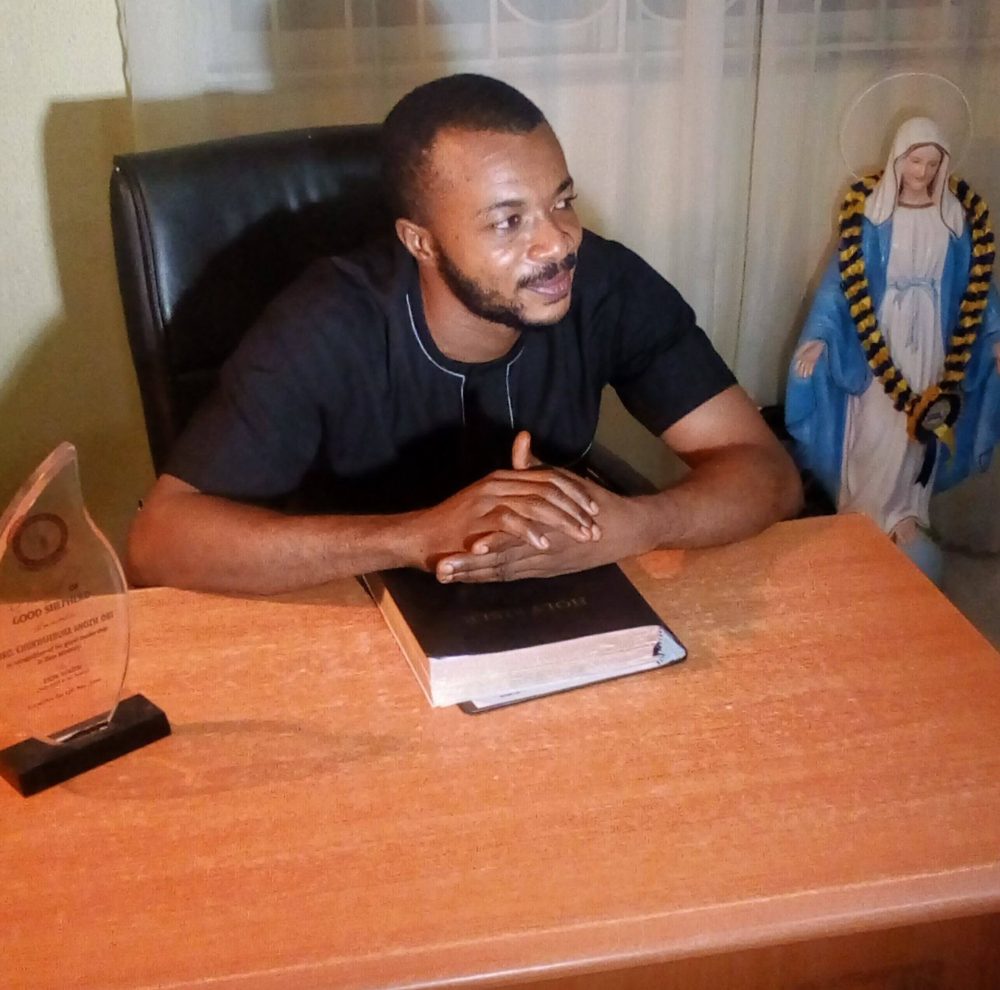 Evangelist Chukwuebuka Anozie Obi is a great man of God who serves as the founder and spiritual director of Zion Prayer Movement Outreach (ZPMO), which is based in Ago-okota, Lagos, Nigeria.


He is a living example of Luke 4:18, whose life is committed to inspiring men and women to reach their greatest potential in Christ. Chukwuebuka’s spiritual powers began to appear while he was just eight years old.

He would make forecasts to persons both known and unknown to him, and they would come true just as he had predicted. Many people from all around came to his father’s compound in pursuit of this remarkable young guy.

After finishing his schooling, he moved to Lagos in search of better pastures that he felt would be more favorable and advantageous to him as a young man.

However, this did not extinguish the fire of the Holy Spirit burning inside him since the fire was unquenchable and hence continued to burn.

Despite becoming firmly established in a flourishing cable business, he remained dissatisfied and unhappy.

He went about his business as usual until one fateful morning when he heard a powerful voice booming into his ears that he had the anointing of the Holy Spirit running down his head (with the bible text Isaiah 61:1) telling him to close his company and go into full-time evangelism.

Because his family was hostile, following this directive was difficult and exhausting. Unfortunately, that happened, and ZPMO was created.

Since its beginning, hundreds of people from all over the world have come to worship, and many miracles and testimonials are recorded on a regular basis. Discrimination based on denomination has no influence on his mandate or anointing.

He treasures his calling to bring forth the uncompromising word of God, and the blessing bestowed upon his life has benefitted so many incalculably.