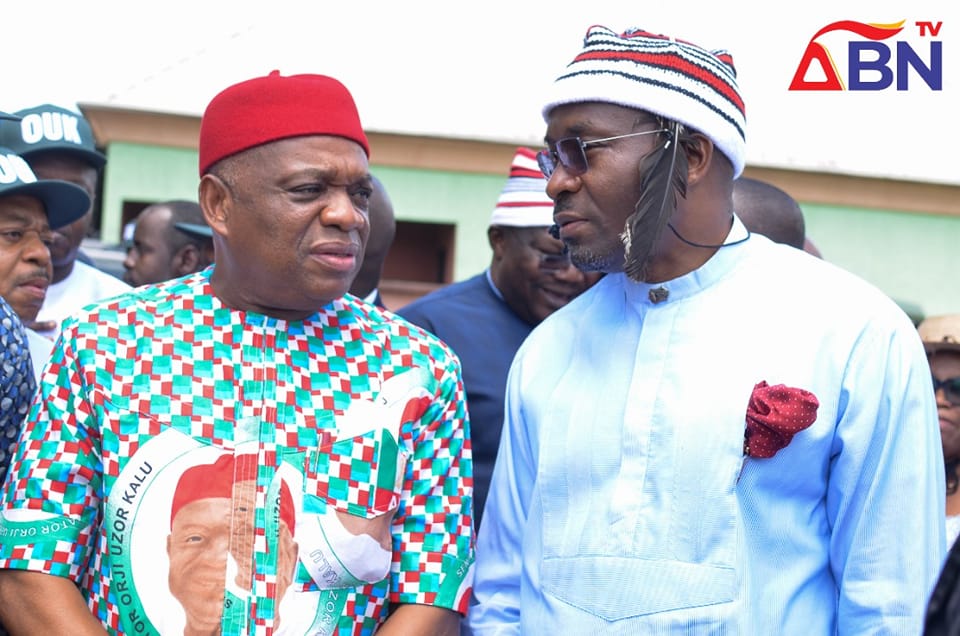 Biography Of Hon. Benjamin Kalu – Age , Wife , Children , Net Worth – Hon. Benjamin Kalu, member representing Bende Federal Constituency in Abia State, has praised Sen. Orji Uzor, Senator representing Abia North at the Red Chamber of the National Assembly, saying he has done better than all those who have represented the Senatorial District in the past, according to ABN TV.

Rep. Kalu, who also serves as the House Spokesperson, spoke on Saturday in Ohafia, immediately after Sen. Kalu was announced the victor of the APC primary election for the Abia North Senatorial district.


He said the constituency’s choice to re-elect Kalu to fly the party’s flag in the 2023 general elections is prudent, and that they would continue to enjoy the democratic dividends that have become the hallmark of Sen. Kalu’s representation since 2019.

“We’ve never had somebody do what he’s done in the history of this Senatorial District, not because he’s standing here with me, but because the facts speak for themselves.

“The development of infrastructure, interventions, bills, and the will to establish this district are unparalleled.

“I’m pleased he’s going back there,” he remarked, “not because he’s my leader and mentor, but because he’s the perfect peg for the appropriate hole.”

The politician stated that Sen. Kalu’s list of accomplishments during his second term will outnumber those of his predecessors.

Sen. Kalu won with 777 votes when his competitor, Fabian Okonkwo, pulled away from the race.

The party has relocated the direct primary poll to Ohafia, citing security concerns in portions of Abia North.