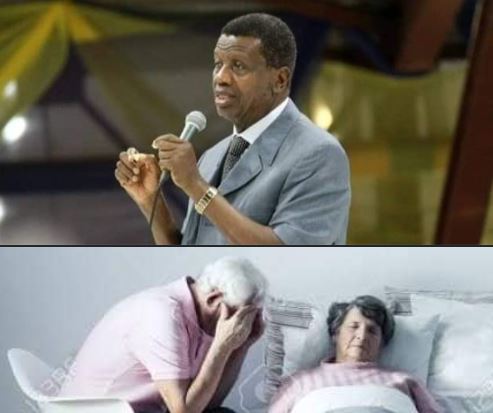 There was a man whose wife was sick in the hospital. The doctor told him she had less than one hour to live. Inspite of the fact that he knew that she would be dead within an hour, the man went to his wife and pretended that he was greatly in love with her. He said “Darling, I want to quickly go home and bring some things for you’.


On his way home, he phoned his girlfriend and said “Don’t mind that idiot, she is on her way out; come and let us rejoice”. After the husband and later the doctor left, another ‘doctor’ who didn’t need to enter through the door walked through the wall. The new doctor said to the dying wife ‘my daughter, they said you are finished but i am just starting with you”.

As soon as he said that, she was healed. She discharged herself from the hospital and went home thinking she was going to give her husband a pleasant surprise, only to find him in bed with his girlfriend.

ALL THOSE WHO THINK YOU ARE FINISHED WILL GET A SURPRISE IN JESUS NAME.