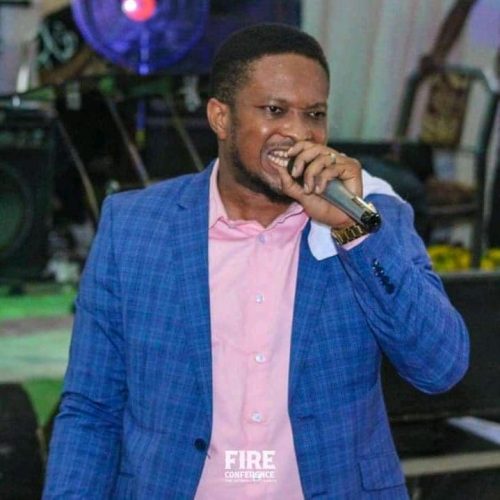 You have a young boy in the house who is not speaking in tongues, a sibling – five years old, six years old, grab him and get him filled. I will never forget my younger brother, some time back I just felt he was having sense until one particular day, he came in and I asked him a question.

I wanted to show him something and I asked him, “you know how you feel the anointing right?” He said “no”. I said “what?” He said, “no I don’t know how”. I said, “you’ve never felt the anointing before?” He said “no”. I said “aaagh!” Because that was what I was doing from secondary school to secondary school – getting people filled and my younger brother didn’t know what it meant to experience the power of God.

He became calm. I didn’t know something happened to him. He went upstairs. Food was ready. I ate my food, but his food was beside mine, and I was wondering what could be wrong with him that he wasn’t coming to eat. We were calling his name and he was not answering.

So I shouted “what’s wrong with you, come and eat…” He didn’t answer me. I was getting restless. I got up, went to the room and saw him lying on the bed. I kept asking him to come eat and he said in tears “I don’t want to eat”. Then I understood that he wanted to fast.

I realized the Impartation had formatted him. It’s like a rewiring. You will suddenly begin to be driven by something you don’t understand. It’s beyond you. Of course I told him he should go ahead with the fast and I would take care of his food. Hallelujah!

Please stop allowing the 12 years old, 13 years old, 14 years old escape from your midst. Gather then together and when they are gathered together, begin to charge the atmosphere with tongues. When a young person encounters God, it’s already too late. Don’t let them waste the time you wasted.
Kindly follow this page for more edifying contents that will bless and revive you.