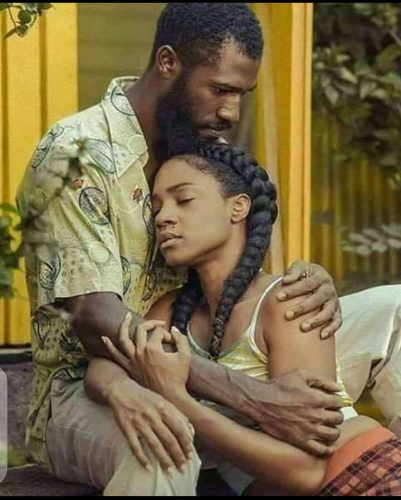 I ALMOST LOOSED THE RIGHT MAN BECAUSE OF “HARD TO GET”

Before I finally said yes to his proposal, I’ve played some kinds of games that I almost regretted. As many of us believes in “hard to get”


when a man proposes; even after the confirmation that he is the right man, this same set of worldly principles keeps pushing me to give my man hard times so as not to be so cheap after saying yes.

I really don’t know I was decieving myself, I kept replying him with “I am not ready for relationship, if you can wait, wait!”

I continued this game till one faithful day when a guy crossed my path, suddenly we became friends with the “takeaway feelings”

Without him proposing, we have started our romantic games all in the name of friendship. He looks like what I wanted, he seems to be everything I wanted.

Is it the look?

The way he walks and talks ?

I was so carried away that i even wished he was mine before he proposes.

You need to ask me why I was playing hard to get for the first man?

You will be thinking I told the first guy that I’m not ready for relationship nah.

It’s because he doesn’t looks like what I wanted, he talks very calm and quietly.

I was feeling he’s too spiritual and I can’t just cope.

Most especially, he respects purity a lot.

It seems his principles is too high for me to follow, but deep down in my heart, I know all his words are absolutely true.

Seriously, I really want to enjoy myself before saying yes to the right man, before he camped me to himself.

I want to enjoy every bit of life. The other guy lies were so much interesting that it has entered my head and I never want to leave.

I tested the water more than once, It got to a stage that I don’t want to leave the guy again even when I know that he wasn’t the right man for me.

I dove into previously forbidden pleasures expecting joy and fulfillment. And for a short time, it sometimes felt like my choices delivered.

Ultimately, I was left feeling lonely, ashamed, and used.

The little voice of my conscience whispered that I was treading in dangerous waters, but the voices of the world mocked those concerns.

I had no idea that some of the choices I was making then would create dark memories that continue to rise to the surface of my thoughts, compromising intimate moments and stirring regrets and shame.

Finally, I realized I’ve been playing with my destiny and future! With genuine brokenness, I searched for the guy I’ve been pending his proposal, I went on my knees, hold his legs and wept bitterly.

Ahh! His love is long-suffering.

You won’t believe he was still waiting for me since then! I wished I never played hard to get for him, I wish I never hurt him for once.

But most especially! I’m thankful because I never loosed him.

Many of us have been playing hard to get for Christ since he has proposed to us. We want to enjoy life to the fullest before we accept his unfailing love over us, we want to enjoy the pleasure of lives before we say yes to this proposal.

We have been giving in to deciet and lies from the devil, he has lure us into things we supposed not to do which has been damaging the future…

Why not stop playing hard to get for my love!

There nothing you want that he cannot give.

But God commendeth his love toward us, in that, while we were yet sinners, Christ died for us. (Romans 5:8)