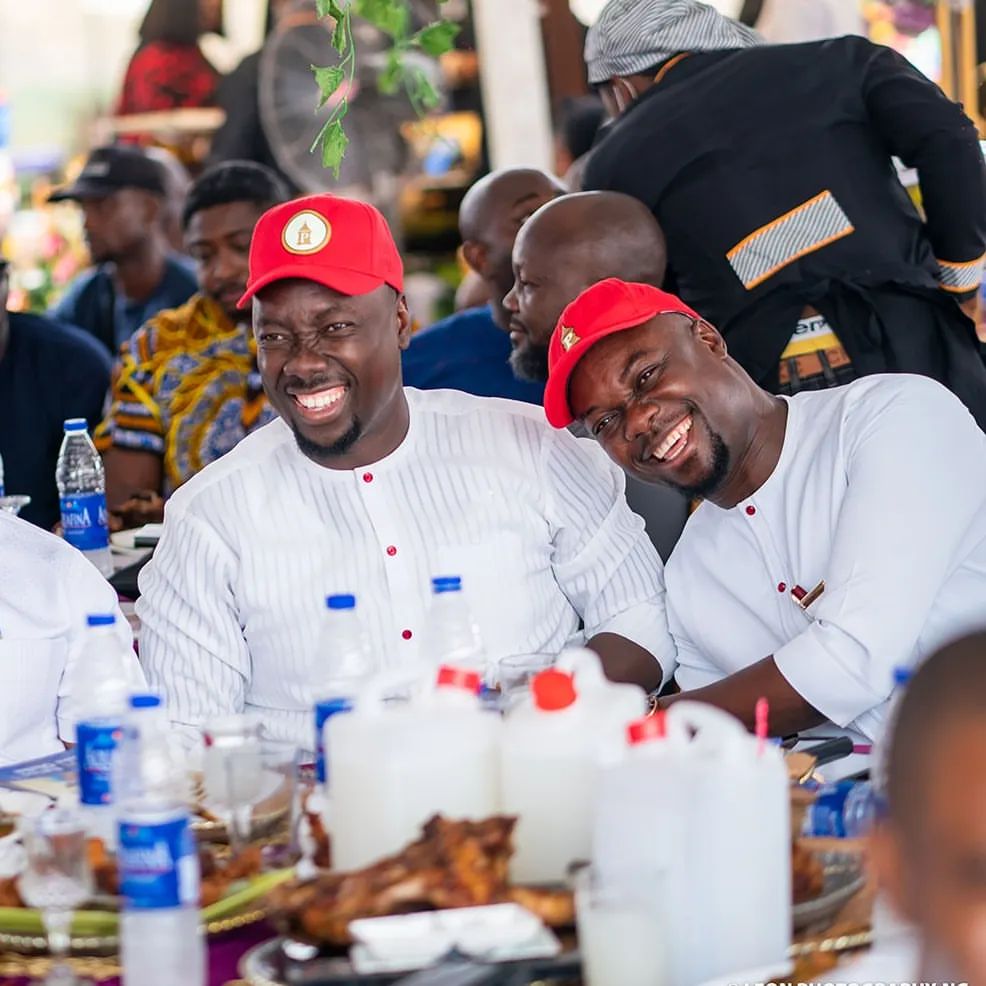 Igbo Catholic Church Near Me – Location and Address – We, members of the Catholic faith of Igbo descent based in Houston Texas, pledge ourselves to the establishment of a Catholic worship center where the medium of worship and religious instruction would be based in Igbo language and culture, and to the preservation of same in ourselves and our visiting aged parents.

Catholics are the largest single denomination among faiths in the United States. We share certain fundamental beliefs and practices with other Catholics across the world. Many of our doctrines are shared by other Christian churches, but some are uniquely Catholic.


Catholics are the most numerous religious denomination in the United States. We share certain fundamental beliefs and practices with other Catholics across the world. Many of our doctrines are shared by other Christian churches, but some are uniquely Catholic.

We believe that God created everything and that Jesus is God’s Son who was born on Earth. As a result, Christians think Jesus has two natures: divine and human. Jesus presented God’s message and showed mankind God’s love. Jesus died and was resurrected. Catholics believe that Jesus’ presence in the world is maintained by the Church via the power of the Holy Spirit. We believe in an one God who exists in three Divine Persons: Father, Son, and Holy Spirit.

We believe the Church has the power to teach and continue to discern God’s will through the pope and bishops. Catholics believe that the Scriptures contain divine revelation that serves as the foundation for our beliefs and moral code. We are not only Bible people, but also tradition people. For Catholics, tradition is more than just a long history; we build our teachings on the religious experiences of the numerous people who have comprised the Catholic Church over the last two centuries.

Through our celebrations of the Church’s seven sacraments, we ritualize what we believe. We are tied to the holiness of life via the sacraments.

Since around 1984, Igbo-language masses have been held in the Houston region to commemorate events such as marriages, christenings, and requiems. Romanus Muoneke, Chikwend Akpnn, and Anyanw were among the reverend fathers who led such masses.

Analysis: Igbo Catholic Church Near Me

However, in 1994, Mrs. Veronica Ohazurume initiated the regular and sustained celebration of Catholic mass in Igbo language when she pleaded with Fr. Wence Madu, a visiting Igbo priest, to help organize Igbo mass for the sake of her mother, Mrs Catherine Okereke, and other visiting parents who could neither speak nor understand English. Fr. Madu gained permission from Fr. Brian Fox, pastor of St. Francis Xavier church, to utilize his parish as the worship facility in response to this request. Frs. Madu, Ofoha, and Muoneke organized the first mass of the “Igbo Catholic Community, Houston.” Mrs. Vero Ohazurume designed the posters and coordinated the choir for the inaugural mass.
The inaugural Igbo Catholic Community liturgy was held on February 6, 1994, at St Francis Xavier Parish, with the following priests present: Frs. Madu, Muneke, fha, Fox, and Deacon Henry. The clergymen and the congregation were mixed. As a result, the mass was held in both English and Igbo. Fr. Madu presided, Fr. Muneke read the Gospel, and Fr. Fox presented the Homily. At the conclusion of the event, Fr. Fox reaffirmed his commitment to making his parish accessible for our regular masses and praised Mrs. Vero hazurume for her efforts in bringing the celebration of Igbo masses for the Igbo Catholic Community in Houston to fruition. Fr. Madu underscored the value of the Igbo mass while emphasizing that it is up to the Igbo Catholic members to maintain or discontinue it. The community decided to go on. Several Igbo priests, including Fr. Madu, Fr. Dennis Osuagwu, Fr. Oliver Obele, Fr. Paul Ofoha, Fr. Romanus Muoneke, and others, attended the monthly Igbo mass at St. Francis Xavier Parish.

Sir Cyprain Obizr-president, Dr Sebastine Osueke-catechist, Sir Emmanuel Nnabuife-secretary, Mrs. Grace Nweke-women leader, Mrs Nneka Ike-Sunday bulletin publisher were requested to supervise the operations of the newly fully founded Igbo Catholic Community. One of the leadership’s aims was to get our children together so they could meet and get to know one another. Every Sunday when we gathered for amusement, the men and ladies offered to bring various delicacies. Bishop Ochiagha of Orlu Diocese and Archbishop Obinna of Owerri Archdiocese visited Igbo Catholic Community during our stay at St Francis Xavier church.

On March 3, 1999, His Eminence, Cardinal Francis Arinze, accepted an invitation to visit the Igbo Catholic Community. He celebrated liturgies with us throughout Holy Week, culminating in a large crowd for the Easter mass held at the Charismatic Center on April 5, 1999. The next day, he traveled for Rome.

When Fr. Fox retired from St. Francis Xavier parish in 1999, ICCH lost use of the church as a worship space. Fr. Ibe was fortunately appointed to St. Anne parish on September 24, 1999, and he made his church open to the Igbo Catholic Community. During this period, the leadership changed hands, with Dr. Mike Umeorah becoming president, Nick Chukwu becoming catechist and Chris Odume becoming assistant cathecist, Emmanuel Nnabuife becoming secretary, and Cornelius Nwokenaka becoming treasurer. Our time with Fr. Ibe at St. Anne was brief. However, at a cost of $1,000.00, Igbo Catholic Community placed a new glass window in the church with the Igbo Catholic Community name inscribed on it.

Frs. Reuben Nwankwo and Leonard Onwumere joined the Community during this time. The Council later nominated Fr. Reuben Nwankwo as Spiritual Director. During his employment, which spanned the transitional time between the departure of Fr. Asih and the arrival of Fr. Muoneke as chaplain, he assisted with our choir, wakes, and sacraments. Rev. Fr. James Ekeocha, then a seminarian, also contributed to the formation of our choir, which was recognized by the archbishop. Since then, the choir has performed at many events around the archdiocese and abroad, including singing for Fr. James Ekeocha’s ordination in Austin.

“We, members of the Catholic faith of Igbo descent based in Houston, Texas, USA, committed to imparting the Igbo culture and language in our children born in foreign lands, and preservation of same in us and our visiting aged parents; pledge ourselves to the establishment of a Catholic worship center where the medium of worship and religious instructions would be based on Igbo language and cunning.” The major aims of the council were membership expansion, locating a suitable and permanent house of worship, and acquiring property for the building of a worship and cultural community center. Annual bazaars and dinners were established to collect cash for the attainment of these and other critical aims.

The inaugural bazaar was held at St Nicholas Parish in October 2003. Since then, the month of October and the first quarter of the year have become ICCH traditions for organizing yearly bazaars and dinners. On January 15, 2004, the leadership of the Igbo Catholic Community signed a five-year contract with St Mary of Purification Parish for a place of worship. This deal was recently extended for another five years.

Following Fr Asih’s departure and to maintain the organization’s stability, the council sought to the Archdiocese for the appointment of a Chaplain who should be of Igbo descent and conversant in Igbo. The panel suggested names to the archbishop office for consideration. Fr Romanus Okey Muoneke, a founding member of ICCH, was named chaplain by Archbishop Emeritus Joseph Fiorenza in 2005.

Sir Emmanuel Nnabuife was appointed as publisher, Sir Pius Ewulu as catechist, Rob Ofoh as assistant catechist, Finbaar Mmegwa as music director, and Chuby Achuama as sacristan. The ICCH membership was divided into four sections for administrative purposes and to establish a strong sense of belonging.

Mrs. Grace Nweke led the ladies from the organization’s founding until she stepped down in 2007 to pursue her studies. Following her resignation, Lady Calista Uche Nnabuife was requested to head the ladies until a formal election, which elected Mrs. Vero Ohazurume, was held. Men have yet to elect an overall men’s leader, as women have. For an effective administration, the new council established ministries and committees, with leaders drawn from the council and the congregation. Youths, sacristy, music, publication (ministries), bazaar (ad hoc committee) (chief Emeka Ajulu), welfare, culture (Dr. Nick Muoneke), records and archives, building fundraising, hospitality/socials are among the ministries/committees (standing committees),

In addition, the ICCH has accomplished the following:

Purchased and completely paid for a five-acre plot of land in Southwest Houston near the intersection of South Gesner and Creek Bend.

Design concepts for the planned Community Cultural and Worship Center were created, with building set to begin in the first quarter of 2010.

Setting aside a time of the year for youth appreciation and encouragement.
Observing major Church feast days such as Mother’s and Father’s Day, Easter, Christmas, and Family Day, among others.
The most major sweet problem presently confronting the ICCH is the development of the intended eight hundred-seat capacity church building and one thousand-seat capacity banquet hall, both of which are expected to be completed within the next several years. But, based on the members’ excellent morale, strong feeling of togetherness, and passion over the years, there is no doubt that this goal will be achieved. The same attitude that drove the members to purchase and pay in full for a five-acre tract of land strategically positioned, while still having a respectable amount of money in the bank, shows that the completion of this project is within reach. The generous donations and enthusiastic involvement of members and friends at previous annual bazaars and dinners speak to the members’ resolve to achieve these lofty goals.