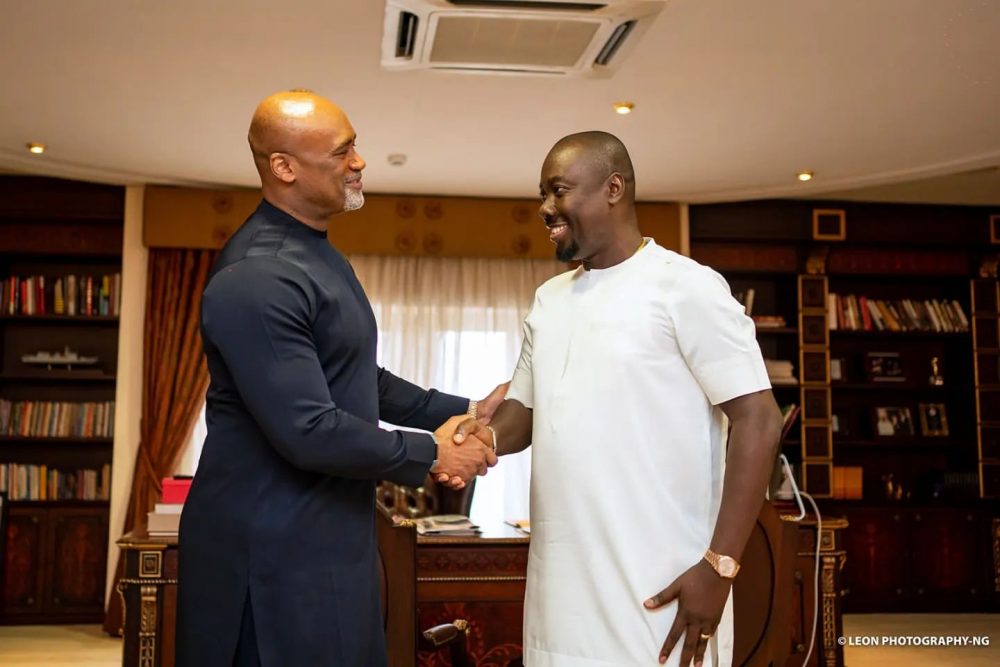 The IGBO DNA and Past History that you must know. What a new DNA test says about Igbos and Jews

The results of the Deoxyribonucleic acid (DNA) test proved that Igbos are not Jewish.


According to the findings, there is no potential genealogical relationship between Igbo and Jews.

Rabbi Jonathan Bernis, the international President of Jewish Voice Ministries, declared that the results of saliva tests obtained in Nnewi revealed that the Igbos were not Jews.

Members of the organization had convened in Uruagu-Nnewi to collect the results of a DNA test that would corroborate Ndigbo claims that they are descended from Israel.

According to Rabbi Bernis, who read the report from a laboratory in Houston, Texas, the United States of America (USA), “the results of the samples obtained from Nigeria randomly on certain persons in Igboland bore no resemblance with the ones in the laboratory’s data base.”

The Israeli, who was accompanied by three of his compatriots, stated that none of the 124 Nigerian specimens matched the samples at the Houston laboratory, which has 17 years of experience in the DNA industry.

He did say, however, that the “finding does not rule out the claim of Igbo to Israeli ancestry,” and that additional study will be conducted to validate these claims.

While commenting on the DNA results, RICON President Bishop Ignatius Orizu (JP) stated that “the discovery will not stop the organization from continuing to dig into the purported heritage of the Igbo from Israel.”

Review: The IGBO DNA and Past History that you must know.

In 2017, I got my DNA tested. I employed the services of the MyHeritage corporation. When the reading arrived, they had what I expected: incontrovertible proof that Igbos formerly resided in Israel. It also validated another assumption I had: that the interpretation of DNA data is much more essential than the raw results. This is because my testing firm plainly did not explain my findings adequately, since it lacked information. According to the raw statistics, I am 5.9% Eastern African, 1.2% Middle Eastern, and 92.9% Nigerian.

This outcome is unclear, but not as a consequence of the company’s willful activity, but because the company’s executives did not utilize sufficient and acceptable information to explain their results. I’ll return to this later. When I spoke with a MyHeritage employee, he felt that my Middle Eastern DNA had something to do with Arab colonization of what became West Africa.

I remained silent regarding the Igbo and their Israelite ties.

He mentioned at the conclusion of our talk that he had heard that an ethnic group in the area (of what became West Africa: the Ibo, is Jewish.)

Another significant point he raised was his belief that a greater proportion of the Nigerian population will be Middle Eastern as well. Why did he consider this? He was aware that my raw results provided only a hazy picture of my genetic history and migrations: because I was born in Sub-Saharan Africa. But I can’t claim he knew anything else.

If the same methodologies were employed to publish the findings of numerous Ashkenazi and Sefardic Jews, my Middle Eastern would read Igbo-Jewish 92.0%, if not 94.1%. What my result says but leaves unsaid is as follows: Many thousands of Israelites, my ancestors, departed Israel thousands of years ago and migrated south to what became West Africa.

There was no such thing as West Africa, North Africa, or the Middle East during the time they journeyed. Just large swaths of land, many of which were uninhabited. And, quite likely, in regions where they were inhabited, travelers did not have to go through ‘customs’ and ‘immigration’ checks, which would have kept track of who was who and where they came from.

So, how do we know who made the journey from the Near East to what is now West Africa? We know who did it because he left traces (DNA) that spread and inflated where he settled. The finding is definitive confirmation that Igbos existed in the Near East, and that many Israelites migrated with my ancestors south to what became Nigeria, as shown in the “Nigerian proportion.” To the less than 1 million Israelis who did not leave the Near East and whose DNA reflects in the Middle Eastern fraction, there are at least 35 million Israelis who are today known as Igbos.