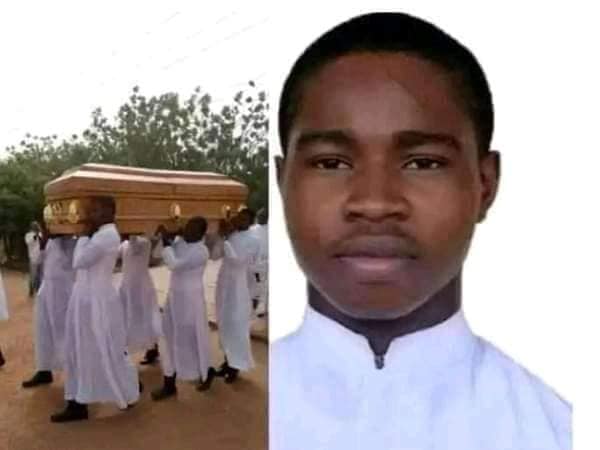 
Brother Michael Nnadi who was among the four seminarians kidnapped from the Good Shepherd Seminary, Kanu in the North of Nigeria but was murdered before their release, the Holy Church says he shall be venerated as blessed and included amongst the martyred Christians who died because of Christ, considering testimonies trailing his death.

According to the confession by one of the arrested kidnappers who confessed to killing Micheal by name Mustapha Mohammed, he was killed due to his boldness and persistence in preaching the word of God to them even in the fiercest conditions.

According to him, he revealed that the boy was consistently preaching that he (kidnapper) will perish if he refuses to accept Christ and repent for his evil doings.

These statements made the Kidnappers to send him to his early grave.

With this development, the Catholic Church in Nigeria will now have Blessed Cyprain Micheal Iwene Tansi and

Blessed Nnadi Michael. While we continue to pray for the canonization of Tansi.

These are rare situations which are not common in our days… May we endeavor to bear witnesses for Christ even in difficult situations.