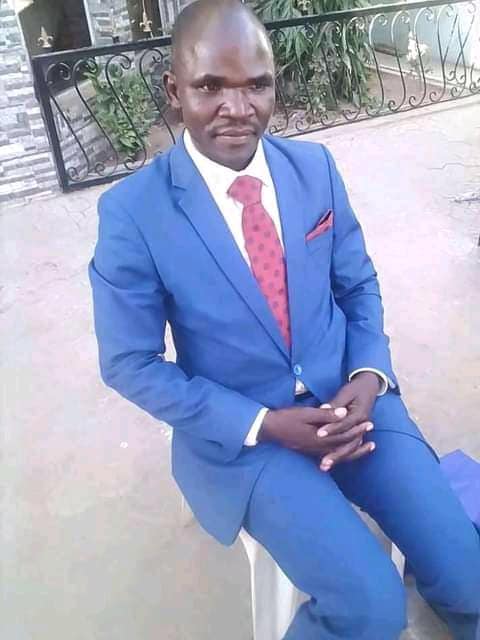 REVEREND SHUAIBU YOHANNA Is Dead – Full Story Of His Death

THE MARTYRED REVEREND SHUAIBU YOHANNA, THAT WAS MURDERED IN KANO BECAUSE OF HIS FAITH IN CHRIST HAS FINALLY BEEN BURIED.

Rev. Shuaibu was the Northeastern Evangelist of New life Church and the CAN chairman of Sumaila Local Government area of Kano state in Nigeria. He lived in a village called Massu.

Recently, the growth of the Missionary base in Massu had been envied by the Moslems and the wish for its uproot from the environment for no justifiable reasons.

Prior to his death, one young Man who converted from Islam but has neither been going to Church nor mosque fought with his brothers wife. In the cause of fight, he hit her with with Piston and she died, the young man surrendered himself to the Mopol that are stationed in the area and was taken to the station for further prosecution. 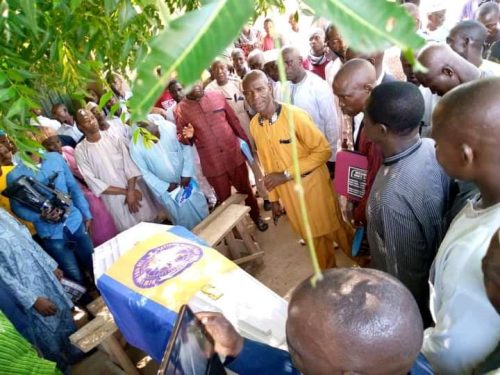 The place became so tensed as people who heard the position of the Moslems in the area advised the Reverend to leave the area for a safer place because the Moslems felt the young man who killed a woman in a fight is a Christian sensing that as usual, they may attack and the Reverend is the main target especially because of his obvious exploits.

He left for one of the neighboring villages called Biri where he stayed for a night, the next day he came back to vacate the school pupils to avoid any eventualities knowing that if the school activities continued, the children can easily be targeted and killed.

Late Reverend shuaibu noticed that the tension was dowsed and he thought he could stay with his family and people, but the Moslems gather their mob and descended on him, Machetted him badly, burnt down his House, the Church and the School in the night.

His wife was able to sneak out with the Children in the midst of the mob since it was dark already.

The report reached the brethren in other villages and the vice CAN chairman called the police. Before they arrived the damage was already great, they rush him to the hospital trying resuscitate him but He could not make it.

Reverend stood his ground for the faith even unto death.

He went to be with the LORD. The main problem here is the fate of the believers in that community and his family for which he left nothing to live on as he has all this years been serving faithfully by faith not for money.

This is the story of the life of a Christian soldier, the ambassador of the LORD, who was hunted and gruesomely killed at his duty post and his wrong was that he was a servant of the LORD!

We know that at this kind of time, it takes an immeasurable risk to be a Christian especially in the northern part of Nigeria!

Anyone serving God in Christ, can’t be sure of the following day in this body being in the North.

Pastor Shuaibu, a soldier of Christ whose blood was spilled for the sake of his faith in Christ went to be with the LORD on the 23rd September, 2021.

You fought a good fight and Won the race, your crown awaits you!
We are sure we shall see you some day at the foot of the Master.
We are sad here but heaven rejoice over your return!
The comfort of the LORD be available for your family and the entire body of Christ.
THE CHURCH WILL CONTINUE TO MATCH EVEN IN KANO STATE IN THE NAME OF JESUS!