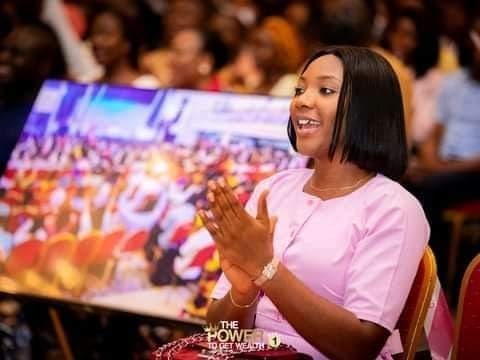 Sandra Areh is said to be Apostle Selman’s future wife; this was publicized publicly in 2020 via the Church’s social media network.

Apostle is set to marry Lady Sandra Areh, who happens to have a birthday on Monday, December 9. She is also known as Selwoman, after Apostle Joshua’s surname.
According to Joshua Selman’s best friend, Olufukeji ‘Ejimi’ Adegbeye, in a Facebook message to her:

‘We in Zaria, Nigeria, and indeed the entire worldwide Koinonia family, can’t wait for the grander celebration of the Apostolic unity next year! Thank you for sticking by Apostle all these years, Mom! You have given up so much of your personal and private life to help him become the powerful man of God he is now. And we thank God for your sacrifice and support, which are still visible in his life and ministry today!’

Christendom anticipates the Union with joy and thanks to God.

The following information is the most recent we have regarding the Apostle’s Wedding, which was supposed to take place last year, but possibly due to the epidemic, the man of God has been occupied with the work of the kingdom since we entered the year 2021.

Sandra, who is very close to Apostle and has been seen in multiple images with him, is a personal assistant to a House of Representatives member in Abuja, Nigeria.

Sandra Areh was born into a Christian home where she was raised in the ways of the Lord. She is a spiritually fiery person as well as a prayer giant. She surrendered her life to Christ in 2010 and has since been actively affecting the kingdom of God and teaching the word of God.

She comes from the eastern portion of Nigeria, namely Anambra state, and belongs to the Igbo tribe.

Sandra Areh holds a bachelor’s degree in mass communication from ABU Zaria, where she graduated in 2013.

She has not revealed her true age, although she was born on December 9th, and a lot of apostle fans celebrated her birthday last year.

What brought Apostle Selman and Sandra Areh together?

They were in a relationship when she was still a student on campus, and they met in Zaria, Kaduna State. She was also a part of the early days of the Koinonia ministry in Zaria, serving in the Media Unit; she is affectionately known as “Selwoman.”

In Jesus’ name, AMen, we hope that God would perfect their upcoming marriage and continue to bring Grace to both of them.