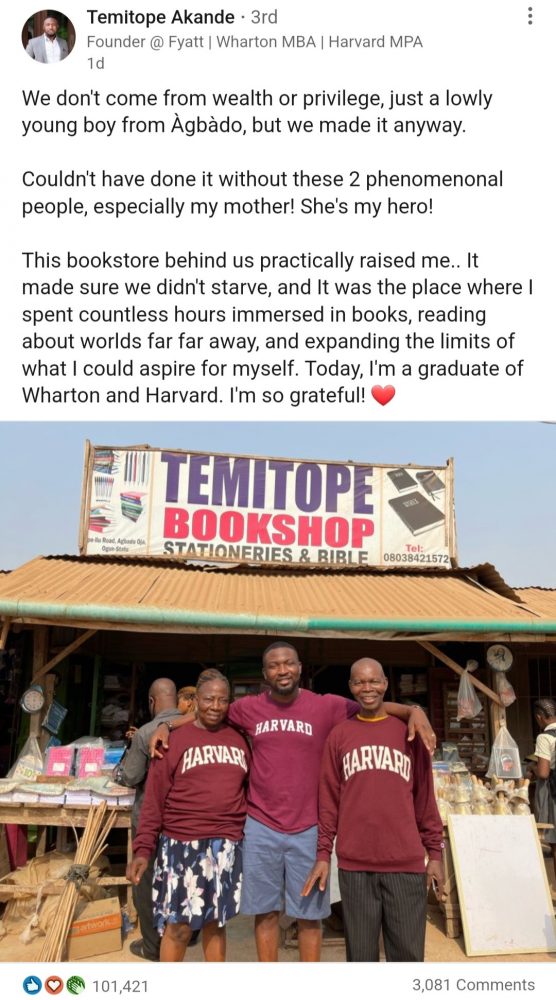 Biography Of Temitope Akande – Harvard Graduate – Agbado Boy – A young guy who attended Wharton and Harvard has returned to thank his parents for making it possible.

Temitope Akande paid his parents a visit at their tiny bookshop and presented them with matching Harvard sweatshirts to wear.


He said that he was basically reared by his parents’ bookstore.

He stated that he could not have done it without his parents, particularly his mother.

He said that the bookshop kept him from going hungry while also providing him with knowledge that broadened his horizons.

He said that he had now graduated from two prominent universities, Wharton and Harvard.

His LinkedIn post went viral, with over 101,000 people responding.