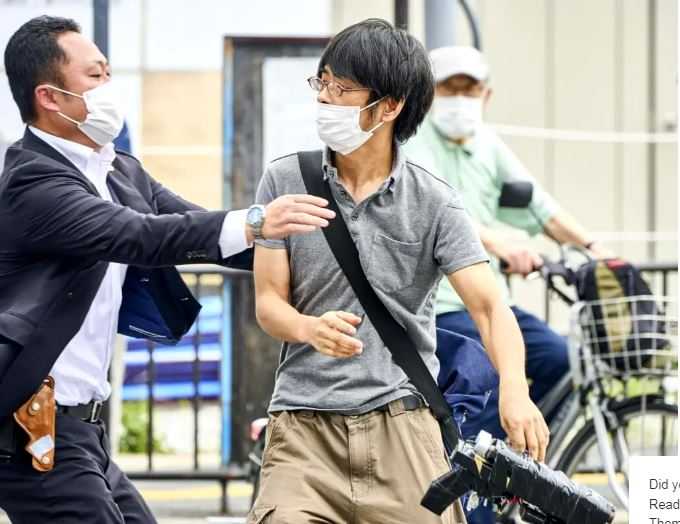 Tetsuya Yamagami has been recognized, caught, and incarcerated as the assassin of Japan’s longest-serving Prime Minister, Shinzo Abe.

Yamagami, the 41-year-old assassin, is a former military member who served in the country’s version of the navy for three years around 2005.

The assassin said he targeted the former Japanese prime minister because he was displeased with him.

Yamagami was arrested on Friday at the Nara Nishi Police Station, near the location of gunfire in the Nara area of western Japan.

Yamagami is said to be a Nara resident who was detained on charges of attempted murder for firing at Abe.

The police also took his pistol, which was subsequently proven to be locally produced. He’ll be arrested on charges of attempted murder.

According to media accounts, the suspect fired two shots, striking Abe in the chest. He was around 10 feet away from the politician when he shot him.

The shooter did not flee, according to the Japanese Nippon Hoso Kyokai (Japan Broadcasting Corporation) NHK. He allegedly targeted Shinzo Abe with the goal of murdering him.

According to an eyewitness, the gunman did not attempt to depart the scene. Instead, he dropped the rifle and remained still as security agents caught him.