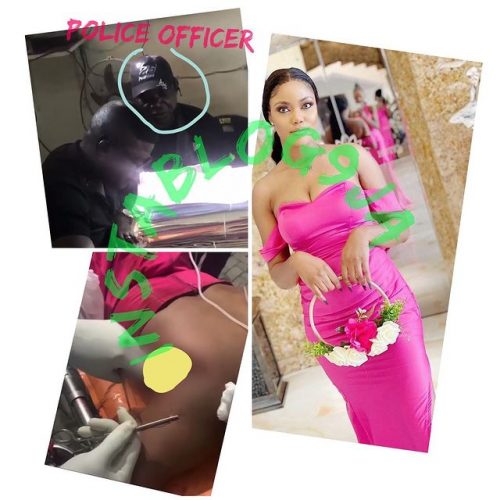 Biography Of Dignity Etukudo (Digi) – Upcoming Nigerian Artist – Singer Digi lucky to be alive after a police officer opened fire on her at a Lagos wedding.

An upcoming artist, Dignity Etukudo aka Digi, 26, almost lost her life after she was shot by a trigger-happy policeman at a friend’s wedding where she was to perform at in Amuwo Odofin, Lagos.


According to her, “The bride is a family friend and I was also one of the bridesmaids. The reception started very late. We decided to stay back to allow the traffic in that axis to pine down. While we were at the after party, I performed. As I was coming out to get a cab to go home at about 9pm or 10pm, I heard a policeman arguing with the bride’s brother and his friend at the car park.
.
I saw one of the policemen hit the bride’s brother with his gn. The policeman was so agry that he thre*tened to shoot. He positioned his rifle to shoot and I became nervous and started shouting ‘please don’t shoot. He is the bride’s brother.’

My plea fell on deaf ears. He fired a shot. It happened in a flash. I felt the bllet ht me. The only thing I remembered saying was ‘oga you don kll person. You don kll’… I thought I was dad. The next time I opened my eyes was at the Navy Reference Hospital, Ojo. The bllet hit me in the shoulder and pierced out of my back, just four centimeters away from my heart.

I had several bl**d transfusions. I fought to stay alive from the day I was rushed to the hospital. I did a debrimo surgery. I can’t move my hand at the moment because it happened around my shoulder. I demand justice.”