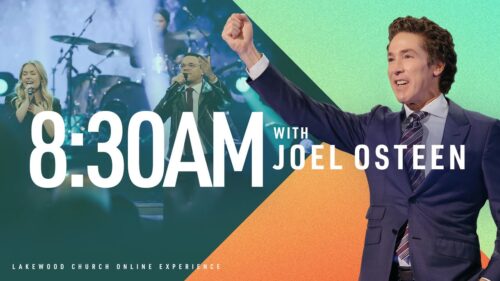 When you make decisions that honor God, when you’re generous, when you’re faithful, your life is not only going to be more rewarding, more fulfilling, but that faithfulness, that obedience, is being credited to your children’s account, to your grandchildren, to future generations.

The reason the Scripture says to “leave it” is because you’re going to be tempted to pick it back up.

You may drop it at first, but the next morning when you think about what they said, you’ll want to pick up the hurt and the bitterness. I know people who have been picking up the same offense for forty-seven years.

It’s not a bag anymore; it’s a part of who they are. You have to leave it. It may not have been fair, but God saw what happened. He’s a God of justice. He’ll make your wrongs right.

When you leave it, that doesn’t mean you’re weak, or that you’re giving in, or that you don’t care about what they did to you. No, you’re saying, “God, I trust You to be my vindicator. I trust that You will open new doors and get me to where I’m supposed to be.”

Imagine that at ten o’clock on a Monday morning a coworker is rude to you. Drop it, leave it, let it go. When you see your coworker again at noon, you’ll be tempted to pick it back up.

Just say, “No, thanks. I’m leaving that offense where I dropped it. I’m not carrying around any baggage.” Later that same day, you have a disappointment, finding out that you didn’t get a contract. You could be sour and let it ruin your week.

Instead, you drop it, leave it, let it go. That’s your challenge for today.