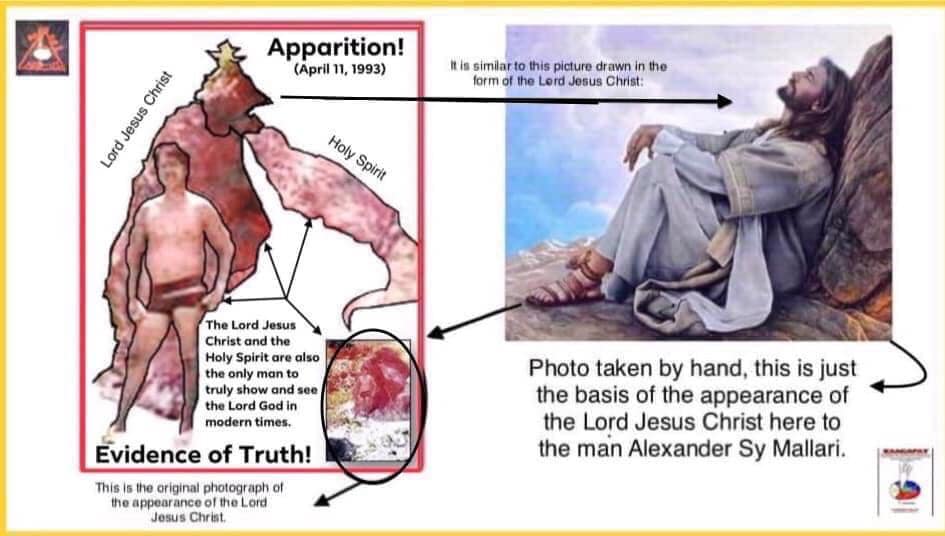 Not Recognizing It Is No Blessing and True Salvation:

That is why it is Clearly Said and Understood to All that None of the Believers Really Know It also Here in the Various Faiths the Lord Jesus Christ the Lord God be the Father Almighty Holy Spirit in Forms and Images in the This Apparition happened here.

That If the Believer Knew the True Form Here of the Lord, He would have recognized the Apparition in this Appearance of Him (Lord Jesus Christ) and also the Call even the Message Here Given in Answer to Prayers and Requests and Here to Him (Lord God) the Salvation of All Mankind in the Various Kinds of Disasters and Floods in the Tribulations That Come into the Lives of Anyone as well as the Continuing Problems and Fear of the Livelihoods of Everyone in Anyone of Humanity in this Universe.

That the Prayers and Requests of the Miraculous Belief in the Power of the Lord Jesus Christ Were Ignored by the Cause of Those Who Overcame and Many Faithful Believers Obeyed Their Fears in Man -Made Works and More Believed by Many in the Faith the Braggart and also uses only the Name of the Lord God.

That I Think So Now, Who Should Anyone Blame For Not Being Able To Defend The Supposed Belief Of All In The Faith In The Power Of The Lord, But Became Ignoring It Of Existing Among The Citizens Of The Cause Of Everyone’s Fear Of Anyone And Disappeared the Truth Firmness in the Heart, Feelings and Mind of Confidence in the Ability of the Miraculous Healing and Salvation Provided by the Lord Jesus Christ to Save All Mankind from Sickness and Illness as well as the Poverty of Every One of Life Here in Mankind as well as the Man -Made Microbial Problems in This World.

That the Test Now of All Will Continue to Be Experienced and Here Remains the Firm Truly Firm in Standing and True Belief in the Faith in the name of the Lord Jesus Christ the Lord God even in the Power as Messenger of the Savior and Here in the Father Almighty Holy Spirit Who Provides Guidance and Salvation to Anyone Who Has Full Beliefs in the Lord and Spirit of the Father as well as in Soul and Spirit Creatures.

That the Speaker Can Show Evidence That the Lord Jesus Christ is also the Lord God to Anyone and Not Merely Demonstrate Evidence in Witnessing the Revelation of Anyone Comes From Here in the Bibles.

That No Evidence can be shown, is what Anyone Should Not Believe.

That the Lord Jesus Christ is in the Truths and Not in the False Prophets Who Are More Abundant in this Present Time. And It is according to His Message (Lord Jesus Christ), so Change and Repent of the Works that are done that are far from the Truth of the Testimony Concerning the Lord God and the Holy Spirit.

Messenger of the Lord Jesus Christ;