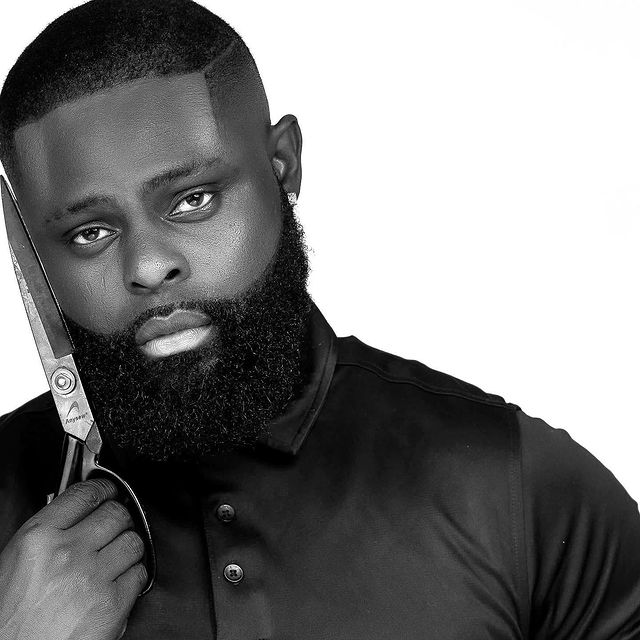 Nigerians are stylish, and the country is a worldwide fashion powerhouse, not only on the African continent. Nigerian fashion designers have been recognized for their outstanding work and contributions to the promotion of Nigerian culture and diversity.

In no particular order, these are some of Nigeria’s top ten fashion designers who have contributed to promote Nigerian fashion to the international audience.


The vast majority of them have been working in the fashion sector for more than 20 years.

As a designer, Zizi Cardow has received several honours and prizes, and he has won the respect of Nigerians and fashion designers worldwide.

Zizi is one of Nigeria’s top three fashion designers, with her own line called Zizi.

Zizi Cardow’s outfits and designs have appeared at a variety of fashion events throughout the world. She’s also received several awards and is active in a number of mentorship programs.

In 2002, she began to receive awards. She got the DAME Award, as well as the St. Moritz Style Selection Award and the Nigerian Women Awards, for her outstanding contribution to fashion. Since 2002, she has won multiple honors year after year, expanding her prominence in the business.

Her clientele ranges from well-known politicians to celebrities. CNN, SABC, Channel O, and FTV are among the top foreign news agencies that have covered her. Zizi Cardow has been acknowledged for her contributions to society through a variety of mentorship initiatives.

When Michelle Obama, the first lady of the United States, wears your creation, you will certainly be regarded as one of the best.

Duro Olowu is a Nigerian fashion designer who has made his mark in the business. He designs garments that are fashionable, polished, and exquisite. His designs are described as “colorful and energetic patterns blended with seventies classic tailoring.”

In addition to the former first lady, his other notable celebrity clients include Uma Thurman and Linda Evangelista.

Her most well-known label is Jewel by Lisa, which she created in 2005 and has now grown to become a worldwide fashion brand with showrooms in New York and Nigeria.

Folawiyo uses Ankara, a traditional West African cloth, to create interesting and sumptuous designs. She sells her own fabric line, as well as jewellery and wallets.

In addition to Nigeria, her works have been presented in the United Kingdom, the United States, and South Africa. She has already attended New York Fashion Week and Paris Fashion Week.

Her professional accomplishments include receiving the African Fashion Award in 2012 and appearing in Vogue Italia the same year. Women’s Wear Daily (WWD) named Folawiyo one of eight rising talents in 2014.

BOF500, a recognized list of multinational companies, named the designer one of the top fashion enterprises making an impact on the global scene in 2015.

Lisa Folawiyo studied law at the University of Nigeria before deciding to follow her passion for fashion.

She describes her own style as “basic yet unique,” and she likes experimenting with colors and designs. International media sites such as Style.com, Gotham, and Women’s Wear Daily have written on her.

Frank Oshodi is a great illustration of how Nigerian cultural diversity has been merged into distinct fashion design styles. Oshodi began his career by working for well-known fashion houses such as Dakova and Nikki Africana. He has been in the fashion design business for as long as 25 years.

He worked on prominent TV commercials such as Maclean’s before rising through the ranks to become a model manager. Before launching his House of Bunor and Fashion Designing cosmetics business, he experimented with dancing.

He received his big break when he was appointed as the designer for Agbani Darego, Miss World 2001. Since then, his job has continued to reward him, allowing him to attract more clientele from all over the world.

The foundation of Oshodi’s work has been seamless beauty and elegance, as seen by the years he has spent in the industry. He was a driving force behind a number of events, including the West African Fashion Week in 2008, which intended to showcase the best of Nigerian fashion.

Without a doubt, Oshodi’s success in the Nigerian fashion industry is only the tip of the iceberg in terms of his future accomplishments. He is, without a doubt, a strong opponent.

Deola Sagoe is a well-known fashion designer who has won multiple awards, including the Anglo Gold African Design Awards in 2000.

She has also received a number of honors, including a master’s degree from the University of Lagos.

Deola is a garment designer that works with both men and women. She has a thriving clothing business named Odua that she designed for her mother.

Among her celebrity clientele are Will Smith and Oprah Winfrey.

His Nigerian company is on Victoria Island in Lagos, where he also makes gorgeous bridal dresses.

His creations range from high-end evening dresses to stunning wedding gowns, headgear, and perfumes. He deals with wealthy clientele in Nigeria and London who are well aware of his ostentatious fashion taste. Bakare also has a fragrance named Breeze, as well as an Ade Breeze jersey line.

Bakare’s work has been shown in New York, Vienna, Mozambique, Morocco, Paris, and Cape Town, among other cities. Among his clientele are first ladies, senators, and minister’s wives, as well as famous English personalities and celebrities.

He’s also participated in a variety of initiatives targeted at motivating emerging designers. Bakare received an award from the Ministry of Youth and Culture for his assistance to emerging and future fashion designers.

His work is influenced by both indigenous Nigerian fabrics and Japanese tailoring methods. His designs are macho, yet current and fashionable, by transforming an ordinary appearance into a sophisticated style that embraces elegance.

Anthony’s interest in fashion began as a kid, when he spent his time sketching and doodling.

He likes dealing with colors, and his exceptional creativity has led to his pieces being worn by well-known politicians and celebrities.

He is a fantastic fashion designer to keep an eye on, as his name continues to create waves in both the local and worldwide fashion industries.

His art is also available for purchase in the United Kingdom, the United States, and France. Anthony puts his ability to good use by operating a mentorship program that assists young and emerging Nigerian designers in succeeding and competing on a global stage. Nature, colors, and artwork are his primary sources of inspiration.

Ohimai Atafo is the founder of Mai Atafo, a fashion line that has received multiple awards and accolades.

Mai Atafo is well-known for its bold and innovative designs.

Atafo earned a Master’s Degree in Information Systems and Technology from the University of Manchester in the United Kingdom. After returning from the UK in 2002, he worked in a variety of business jobs until 2010, when he quit to pursue fashion full-time.

Atafo’s clothing brand has increased in prominence, attracting high-profile clientele. Omowunmi Akinnifesi, Nigeria’s Most Beautiful Girl in 2005, and I.K. Osakioduwa are among those he has clothed. Among the celebrities on his list are Mercy Johnson, 2Baba, Waje, Gbenro Ajibade, and Stephanie Okereke.

Weddings by Mai, Atafo’s own fashion line, debuted in 2011 and has since been featured at a number of high-profile events. Throughout his career, Atafo has garnered several awards in honor of his exceptional craftsmanship.

Folake Coker is widely considered as one of Nigeria’s most talented fashion designers. Tiffany Amber is the name of the clothing line she created.

Folake was born in Lagos but educated in the United Kingdom and Europe. She has been exposed to a wide range of cultures, which has affected some of her works.

She is the first African fashion designer who has been invited to Mercedes Fashion Week in New York twice.

Tiffany Amber is a women’s apparel company with stunning and distinctive designs. Her clothing is available in Nigeria and other African countries.

Yomi Casual, also known as Omoniyi Makun, is a Nigerian fashion designer/tailor and the younger brother of AY, one of Nigeria’s most well-known comedians and one of the “Top Ten Most Followed Nigerian Celebrities on Instagram.”

For his efforts, he has garnered several awards from prestigious organizations.

Finally, fashion design is about more than simply money; it’s about passion and a drive to be creative.

In no particular order, this list includes Nigeria’s Top Fashion Designers for your beautiful clothing.

Remember, fashion is the most essential component of our daily lives, and it is crucial since it reflects all of the world’s cultures, which cannot be overlooked.

You have the potential to become one of Nigeria’s top fashion designers.

All you have to do is acquire the skills, persevere, and be enthusiastic about it.