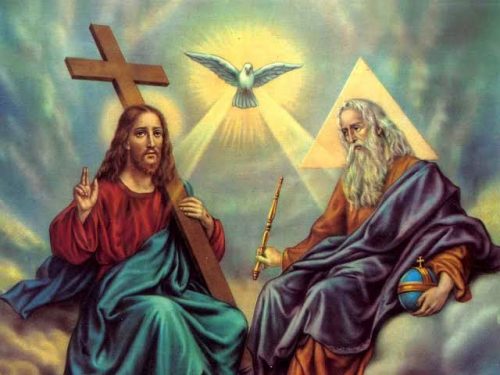 Here Are Reasons Why Jesus Was Called The “Son Of God”


* First of all, the term “the son of God” does not mean Jesus is a human, the Christian doctrine of the Trinity says the Father, Son, and Holy Spirit are co-equal and co-eternal. So in essence, when you say Jesus is the son of God, you mean he is the second person of the Trinity which is the “Son“.

* Secondly, the term does not mean God who is the Father, had something with the Blessed Virgin Mary then she had a son. According to the bible Jesus was conceived by the power of the Holy Spirit because Mary was a virgin.

* Thirdly, the term can be used to describe the relationship between God and and his children ( the people who believe in him).

There are some passages of the bible where the term “Son of God” can be found, and one common one is the temptation of Jesus in Mark 4: 1-11.