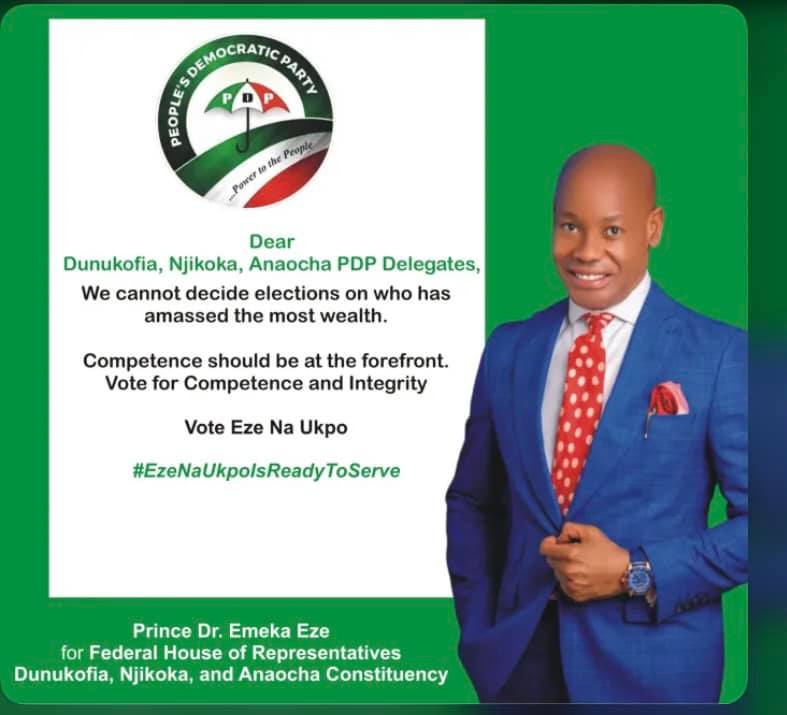 Many people have been busy lately jumping from one political party to the other without having the support of people, thinking that party will manipulate them into office.


But as for the People Of Dunukofia/Njikoka/Anaocha federal constituency,the candidacy of Prince Dr EMEKA EZE (OJIKPELETIAKU) by the Peoples Democratic Party is a long awaited one and the entire federal constituency is optimistically waiting for the general election date because his victory is assured.

Following his winning the primary election with not less than 90% votes from the party delegates.
Prince Dr EMEKA EZE is no doubt a house hold name to the Three local government areas of DNA federal constituency, cos he is seen as the most competent, reliable and efficient candidate fit for the job.

Prince Dr EMEKA EZE has fortified himself with education, humility, experience in service to the people especially the youths and the less privileged.

What else can we say about this divine gift for the good people of DNA federal constituency than to keep reminding ourselves that Prince Dr EMEKA EZE is and remains our best choice…..

Let’s give him a chance…