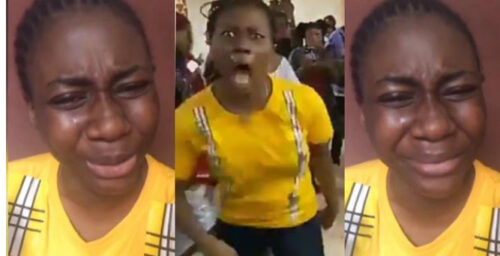 Real Story: Lady Who Ran Mad On Valentine’s Day , Boyfriend Knelt Down To Propose , 14 Febuary 2021 . Read below and share.

The #lady who allegedly ran mad after her boyfriend knelt down to propose to her on Valentine’s day, has cleared the air on the incident.


She attacked Nigerians; saying, people in this country are good in carrying bad news of other people; according to the lady identified as Odudu Grace, it was just a prank and she didn’t know it will go viral the way it did.
The lady who doubles as a social media comedian, reposted the video on her IG Story and cleared the air that it was just a skit.

A friend identified as Hillouu backed her up saying;
“Hahahahaha it’s was a prank. I nearly believed her village people came through.”