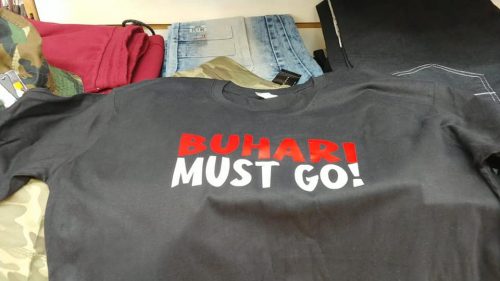 More Updates will be shared soon.


#BUHARIMUSTGO THE JUNE 12 GLOBAL MASS ACTION TO KICK OFF AN END TO NIGERIA’S BAD GOVERNMENT – LET US SAVE LIVES!
TAKE IT BACK GLOBAL MOVEMENT (TIB GLOBAL) is calling on all Nigerians and non-Nigerians, irrespective of ethnicity, religion, and political affiliations, to join us in a Global protest to demand the followings:

It is a common knowledge to the global community that Nigeria have been subjected to decades of misrule, lack of socio-political direction and economic disaster masterminded by the recklessness of the kleptomaniac, sycophantic, oppressive, and tyrannical present and past regimes of the APC / PDP political parties.
It is a pity that a country that had been foreseen to be a potential world superpower by year 2020, has been plagued with sets of greedy, clueless, inefficient, and dishonest group of rulers recycling themselves in power since the 1960s. It remains shocking how a country which has been consistently producing crude oil for more than 60 years is crowned as the poverty capital of the world. In 2020, Nigeria sold an average of over 2millions barrels of oil per day, and yet Nigerians still find it extremely difficult to feed once a day.
During the outbreak of the pandemic, the insensitive and compulsory lockdown in 2020, Nigerians were in deep agony as businesses were crumbling and people were living from hand to mouth. Adding salt to injury, was the poor health sector and workers that were starved and denied adequate funding/allowances, equipment and standard medical facilities to withstand the heat of the novel pandemic. Our dear country has to rely heavily on foreign aids to function as the health sector had decayed and become dysfunctional due to leaders looting our treasury and funds earmarked to develop the health sector.

The International Monetary Fund (IMF) supported Nigerian government with $3.4 billion to combat COVID 19, and to provide palliative to the people to ease off the harsh economic downslide caused by the outbreak. Yet, there was no developmental significance in the health sector and the workers are still underpaid and owed multiple months’ salaries and/or allowances in most cases. To buttress the height of callousness of this evil regime, even food palliatives that were locally donated by multinational companies in Nigeria, where hoarded and in some cases stolen by our wicked leaders. Ceaseless looting by both the local, state, and federal political office holders has crippled the nation as many states cannot even pay their workers deserving wages anymore. Unemployment rate has catapulted to 33%, and amidst all these, our insensitive leaders continue to steadily increase the fuel pump price which was subsequently increased from #65 per liter to #167 while state governors have agreed on #380 increment. Thus, inflation has ravaged and bitten our economy in the soul, and the fall of the Naira has become consequently persistent.

The cost of foods and market goods have skyrocketed astronomically, cost of transportation is unaffordable as the purchasing power of the meagre minimum wage N30,000 ($62) per month the government pays Nigerian workers cannot meet the basic needs of the workers. Nigerian workers, under this wicked minimum wage which is one of the lowest in the world, can hardly feed their families let alone afford good healthcare, nor afford to train their wards in school even with the so-called public owned school institutions. Meanwhile the politicians, travel abroad to access the best medical facilities in the world and send their children to IVY league schools outside Nigeria with the looted wealth. They also pay themselves fat monthly salaries and allowances that will take a government worker earning N30,000 ($62) per month, more than 61 years to make.

Insecurity in Nigeria has reached a pandemic state in Nigeria prompting world leader’s assertion that Nigeria have become a failed state. Leveraging on this predicament; armed robbery, kidnapping and other heinous crimes have become lucrative as many youths find it hard to make legitimate ends meet. The influx of terrorists through our porous borders and the Governments protection of theses callous groups has contributed to increase of insecurity that is currently devouring our land and many people have been displaced and rendered homeless in their own country. Farmers cannot confidently go to farms, school children cannot go to school and even lawful commuters travel in perpetual fear of abduction, gruesome murder, rape, etc.

Most times terrorists enjoy government protection, which emboldens them to commit more atrocities. The APC-led Gen.
Muhammadu Buhari administration harbors and appears to be a safe haven for apologists of banditry and terrorism, which explains why it has failed woefully in what should be the number one responsibility of any government as human lives no longer have value in Nigeria. The Nigeria Government even pay out Millions and Billions of Naira to the bandits and in other reported cases inculcate and recruit them into the Nigerian army and at other times pay them handsomely.
The Nigerian government has mastered the art of “divide and rule” by selling lies, propaganda and all sorts of deceptive gimmicks to sow discord and divide the people’s voice. They device ways to divert the people’s attention away from their thievery and evil tendencies and systematically divide us across political, ethnic, and religious lines.

The time has come for the good people of Nigeria, both in Nigeria and in the Diaspora to rise up in one accord, voice and strength; to deliver the nation from the hands political cankerworms, the same set of people who are only changing party alphabets (APC / PDP) only when it’s politically “profitable”. It is important that we know our problem, so we understand what is best as solutions. Our major problems are the real enemy of our nation’s progress who occupy public offices from the federal level down to local units. And the solution is coming together in a united force to put an end to their shenanigans, and by ourselves determine the future every Nigerian to dream and to pursue their quest for safety and happiness and change the destiny of our country.
We shall not be intimidated, nor allow ourselves to be divided by cheap propaganda as we know our problems are just not Hausa, Fulani, Igbo, or Yoruba, neither is it the Muslims or Christians. Our problems are the public office holders who have looted the past, the present and even the future of you and I. And among them are Hausas, Fulani’s, Igbos, Yoruba’s. Among them are also Muslims and Christians etc.
The only way to true liberation is to put an end to their reign of terror and build a decent life and society for ourselves and upcoming generations. THE TIME IS NOW!
Signed: