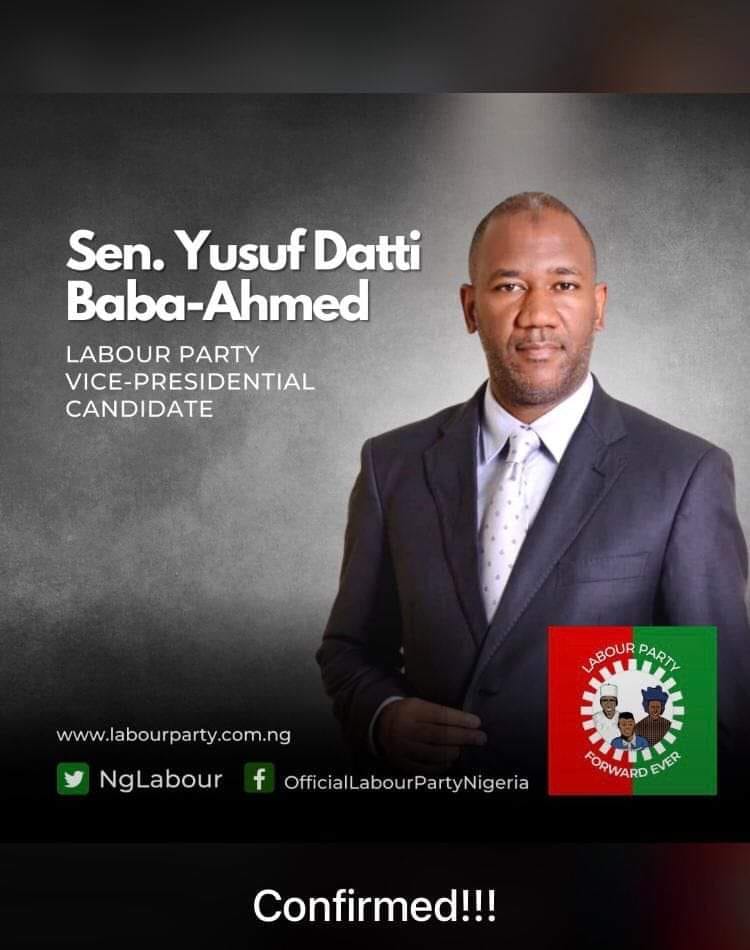 Our quest for a sound, competent and young vice president for Mr. Peter Obi has come to fruition…

Baba-Ahmed has a BSc and MSc in Economics from the University of Maiduguri in Borno State. He worked in the security Printing and Minting, Lagos before entering politics.

In 2006, while a Federal representative, he earned the title of Doctor of Philosophy when he completed his PhD studies at the University of Westminster.

His anti-corruption activism drew him into politics where he served as a Representative for Zaria Federal Constituency from 2003 to 2007 and Senator for Kaduna North from 2011 to 2012. He was also a PDP presidential aspirant in 2018